Claudius Styx
"Jedi? Isn't peace and war an oxymoron? You're deceiving yourselves if you label yourselves as
seekers of peace, you're warmongers just like us but of a different prism. Our philosophy is transparent and yours
opaque - artificially covered with a veneer of benevolence when in actuality it's plagued by components of
indifference, ignorance and hypocrisy. If there is no ignorance, then why do you reject the teachings of
the dark side and condemn and act against those who don't acquiesce to your drone-like system and worldview?"
- Lord Styx 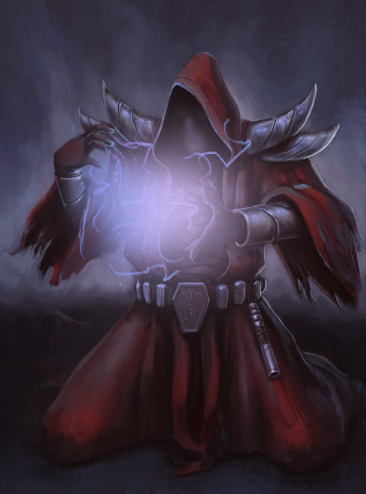 Other Features: Dark Side Corruption has affected conspicuously and inconspicuously many elements of his visage and other functions of his body. The most prevalent being his deeper more profound voice, before his training and fascination with the Dark Side his voice was of medium pitch but eventually the dark side would mold his voice whether intentionally or not into something disparate from his former self. Furthermore, as is the conventional gradual norms of incessant and prolonged channeling and usage of the Dark Side of force, he has gained several purple veins that beat and pulsate across his cheeks, which when experiencing battle mimic the beating rate of a heart while it endures grueling exhaustion by excessive physical exercise or pressure. Finally, another common change with Dark Side Corruption is one's complexion becoming more pale, his skin has become close to the tone of that of a normal satellite. Of course, these 'ailments' or 'changes' do not mentally affect Claudius as he was never someone who was concerned with his image anyway. 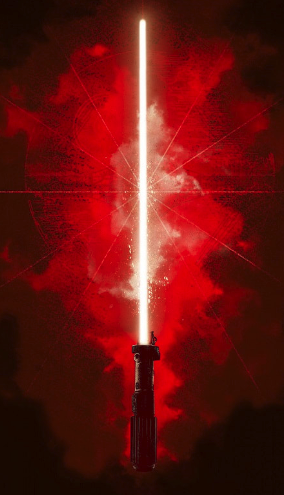 Scroll of the Sith Code: 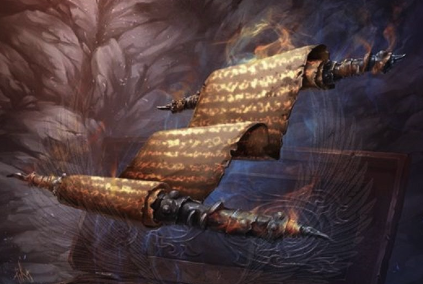 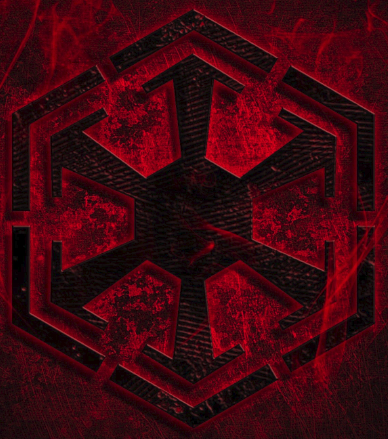 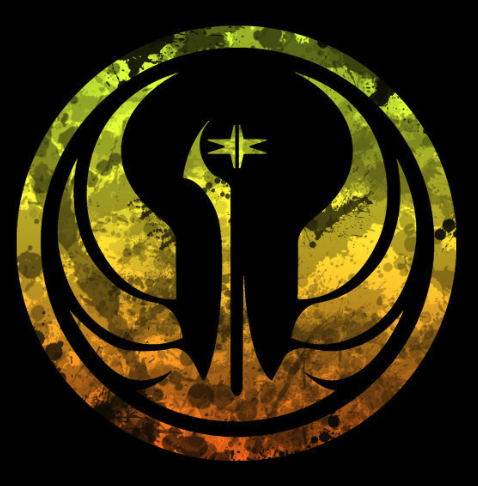 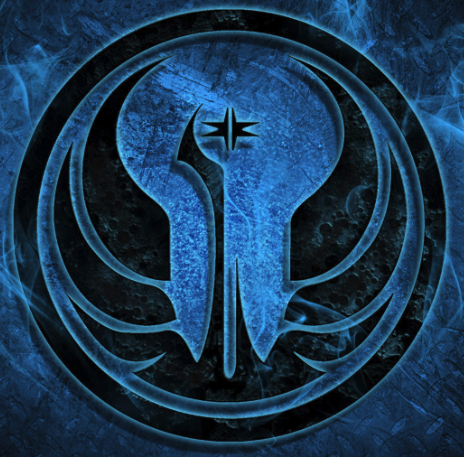 Friends: Naturally becoming a member of the Sith Order leaves a very narrow margin for any 'friends' and that's a hard-truth that Claudius has realized. He has harbored resentment towards his own family, especially towards his own mother for the grueling rituals, sith training and holocron-induced nightmares she put him through so it's unlikely he'll try to befriend strangers. He has met people who have been assets to his work and who've helped him in battle against the Jedi but he wouldn't ever expose his back to them. To place ultimate trust is a foolish gambit and given his whole existence is predicated on his capabilities he will go to all measures to prevent a risk-filled outcome of betrayal by not entertaining the notion at all.

Associates: Associates may come in time....

Rivals: Rivals will come in time....

Likes: Being in prolonged periods of isolation studying profusely about various topics relating to the force and sith, he has given these instances the moniker: 'Prolific Period' and when he utters these words to his subordinates they're immediately aware he is not to be interrupted and will spend many hours reading and writing. He is also an avid historian who likes to emulate and learn more about the past of the Sith and the known galaxy. In his studies and literature he isn't impartial however and will frame his works in a heavily-bias manner but that's on purpose because he believes the Sith Philosophy is superior to that of the Jedi's and favorable tweaks of history for the sith can propagate positive morale boosts and instill conviction and jingoistic fervor in the denizens of the Empire and the Sith Order which will accrue beneficial outcomes for himself and his research as he is one of the elites of the system he lives in; Imperial Sith System.

Enemies or critics of Claudius would claim that using propaganda isn't an ethical approach to history but that's not even a concern of his, to which he mentally retorts with the aforementioned points in the previous paragraph. It's inconsequential anyway because those who openly critic him are very nominal relative to the population of the galaxy and conspire or fraternize with the enemy, in his eyes at least.

He also likes to partake in sith rituals and alchemy, one practice he likes to partake in is spirit possession and using Ancient Sith Incantations he will bring undead spirits back from the dead in tombs of the ancients and try to chronicle as much information about their experiences and lives as possible. Additionally, in these ritual enactments (especially in Sith tombs), he usually identifies artifacts on these commutes and is filled with joy when finding them. He is very avaricious with his findings and will always attempt to hoard these items of power for himself.

Dislikes: Ironically, he is an avid historian - loving to research about the past but there's one aspect of history he wishes to disassociate as much as possible from.... his personal history. If people were ever to mention his past or try to pry, depending on who you are, he will either act dismissive and try to divert the conversation to another topic or outright berate you and order you don't ask that again. A primary memory of his that is the crux of this outburst is a moment he has during school on Dromund Kaas. As a child, he was timid and shy - an easy target for bullies, they'd be one particular bully he was be his main harasser and day after day he would consistently verbally and physically harass him until one day the paradigm was broken. It was a mundane day with a poignant atmosphere reinforced by heavy rain and during a class the usual would happen and the bully would approach Claudius to pick on him. The bully would immediately spot a macabre looking doll that Claudius was awed by at his desk and would laugh and try to apprehend it away from him. This was very sentimental to Claudius and when his item would be grabbed by the aggressor he would act in defense of his property and begin to pull back, tugging onto it's right leg. A process of pulling back and forth would begin but he'd be overpowered and the bully would accidentally snap the doll's head off. Subsequently, the Bully would begin to hysterically laugh and this elicited a flaming hatred within Claudius' soul and would release a huge burst of force energy which would knock everyone (including the Bully) back from him in a furious fashion. Unfortunately, his best friend would be in the class when this happened and he'd notice after seeing a disturbing image of his friend's neck snapped against the wall.

As to be expected, he would begin to cry and all of the class would immediately flee from the building. This would be when his parents and the school would discover he was force-sensitive and his mother being a Sith Inquisitor she was ecstatic and after that day - with him professing guilt and sadness she attempted to convince him to not focus on that action for it unleashed his capabilities. On the same day, she even gave him a sith holocron to peer into but this made the situation even more distressing and mentally scarring for him and to this very day even with the Sith Philosophy hammered into his psyche, he still feels some remorse for what he did that day and it still eats him from the inside.

Claudius is a perfectionist who always seeks knowledge (reinforced by his mother's teachings), with an affection of order and discipline (from his Father), so he is prolific in things he puts his mind to but he is very servile and obeys the laws of command. He would rat out someone dear to him if they were undermining the Emperor for example. These aspects of his personality are absolutely fundamental to how he conducts himself during his duties and service in the Empire. As an Adept, among the Sith Sorcerers they'll be times where he'll be prolifically reading and studying about certain sith lore, philosophy and even sometimes partaking in Sith Alchemy. Reportedly, when Apprentices approach him and disturb his work he is sometimes known to become absolutely livid and berated them for interrupting or even blatantly ignores them because he is so invested in his research. If you're a subordinate of his status he will act differently towards you and act very domineering and austere. However, if he is preoccupied he will be indifferent towards your presence and act like you don't even inhabit reality.

On the other hand, the way his servile characteristic of his personality manifests is him not being very ambitious in his ascension through the ranks (more particularly his disinterest for the Emperor's throne), his father is and was an Imperial Agent of the Empire and loyalty and discipline were tenets he made sure Claudius imbibed into his psyche. Therefore, he isn't very rebellious within the ranks of the Sith and he isn't overtly irritated by being commanded by his superiors. Generally, he only is passionate about his own personal edification and powers in the force. Rarely really being outspoken about negligible activity unless it contradicts his academic pursuits or undermines the very dignity of the Empire. Personally when reciting and interpreting the Sith Code the only alternate viewpoint he has is that Strength should be seen as your mental strength, that strength meaning willpower, capacity and conditioning for knowledge and the vitality of your mind. It's not a huge divergence from the orthodox sith methodology of the code but for some of the more... 'Martially-inclined' sith of the order it's an absurd or unnecessary assertion to make.

Apprentices and Acolytes that try to test his patience or overtly disrespect his authority do not have benign fates and will be punished. Upstarts have taken his demeanor as weakness and have paid the price for it.

"Knowledge is limitless and so is the potential it can endow upon you if you absorb, utilize and manipulate it correctly."